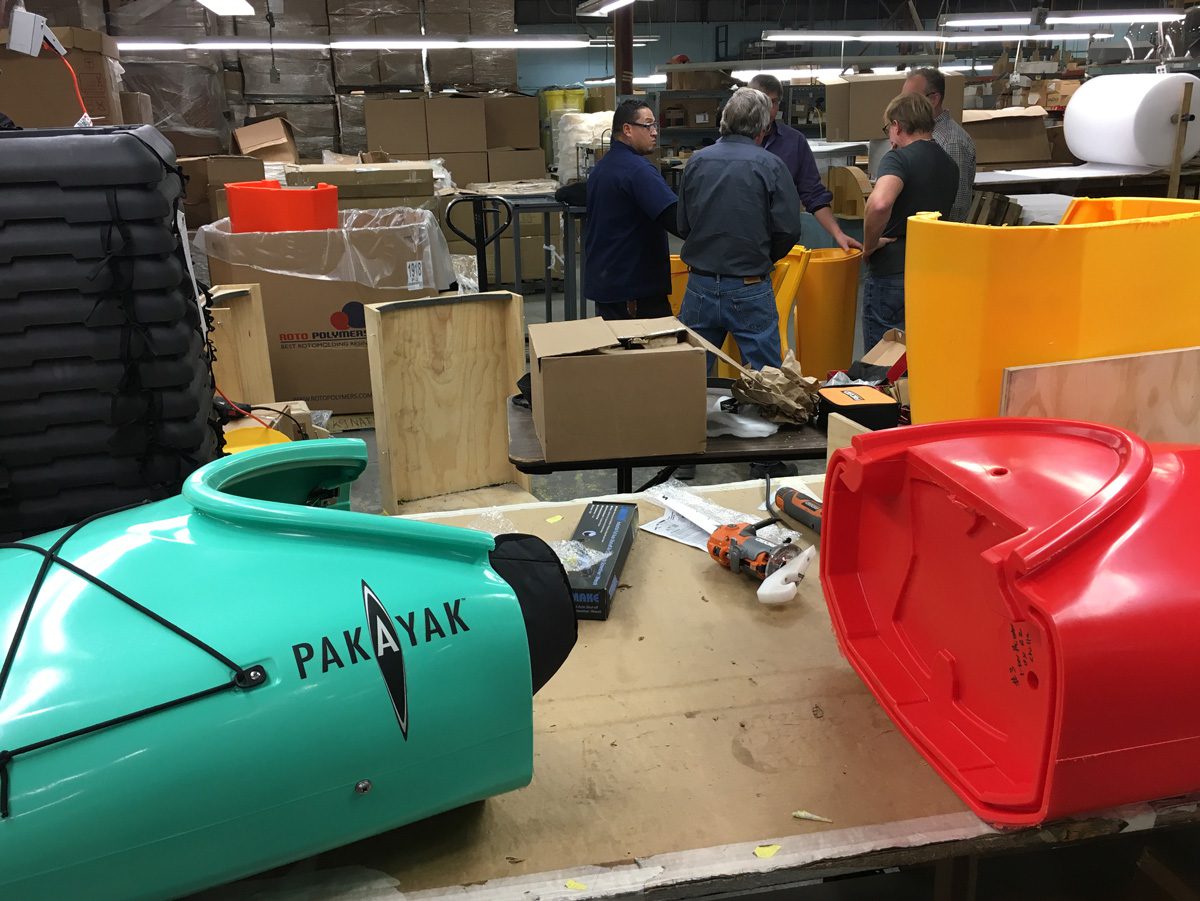 Over the past year

There has been a lot going on behind the scenes here at Pakayak. Over the past year we have experienced many delays from our manufacturer. Some delays are natural and just part of bringing a brand new, newly conceived product to market while other delays, we’ve come to realize, were part of a larger issue.

We have had several delays with our rotational molding manufacturer. In June, they wanted to make minor adjustments so the molds would seal more tightly when closed. As October arrived, the modifications were not complete nor were any preparations to perform the post molding assembly processes. Come December, most issues were fixed but they were unable to properly make the cutouts for our clamps using the fixtures they created for the task. This is the quality control item that was holding us up.

After being at their facility for over a month, we were told on December 15th that they would create new fixtures to cut out for the clamps and send us a set of parts with correctly installed clamps before they shut down for a week over Christmas. That did not happen.

The Move to a New Rotational Molder

Since our manufacturer had not made any progress on the fixtures by January, we decided not to wait any longer and took drastic action. We moved to Gregstrom Corporation, located in Massachusetts, which is only 2 hours from our headquarters. Gregstrom came very highly recommended to us by not only their peers but by the mold-making companies as well. They base their entire business model on intricate custom molding and assemblies and have been in business for over 70 years. We feel very fortunate to have found and paired with such a high quality manufacturer.

The team at Gregstrom is working with our molds as we write. Three of our molds are producing parts now and the other three are receiving some framing modifications, which are due to be completed by the middle of this week, to properly attach to and run on their equipment. Their team has already overcome the clamp cut-out difficulties and is currently working to create the needed fixtures as well as setting up the assembly line they will need to produce our boats.

Their goal is to have us in full production in two weeks which means we should be starting to ship by the week of February 19th. Thanks to our successful Kickstarter campaign, we have many backordered and pre-ordered boats to ship. First, the Kickstarter boats will go out (over 300 of them) then, the pre-order boats get shipped.

Section 3 in two colors, before being trimmed

Be One of the First to Get a Pakayak!

We’ll make your Pakayak in the first production run.