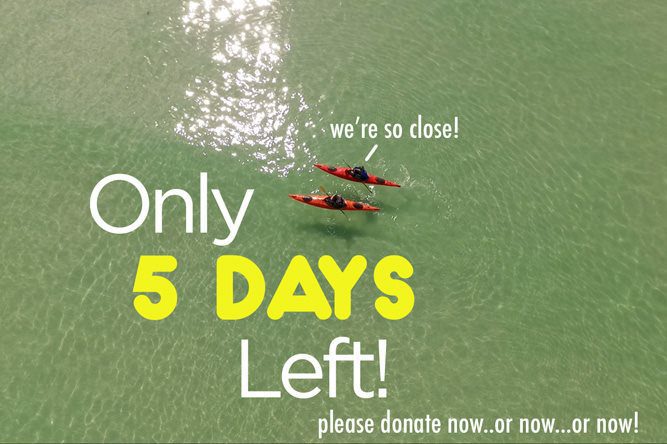 Pakayak launched their Kickstarter campaign on June 16 with a crowdfunding goal of $427,325 and has raised more than $346,000 so far. Their innovative packable kayaks are currently available for pre-order on Kickstarter.

Their signature model, the Bluefin 14, is a hard-shell 14-foot touring kayak that can be broken down and nested within itself to a size of only three-and-a-half feet. The model’s interconnecting segmented design allows for effortless storage and travel for kayaking enthusiasts.

“We’re keeping our fingers crossed, but each day, as more and more people learn about Pakayak, the support and demand for our product grows,” said Doug Mackro, co-founder and CEO of Pakayak. “Pakayak makes kayaking available to everyone, regardless of their mode of transportation and storage capacities.”

Creating Pakayak has been a labor of love for the small team who have been working on the project since 2011.

The Pakayak Bluefin 14 is composed of six interconnecting sections weighing in at a total of 55 pounds and according to its creators, can be assembled in less than five minutes. In addition to its enhanced portability the Bluefin boasts a full list of features including, two watertight bulkheads, a padded folding seat, adjustable foot braces, reflective safety lines, bungee deck rigging and both front and rear handles.

Additionally, Pakayak is fully dedicated to ecological operation and a portion of their revenue will go to programs to help sustain the world’s marine ecosystems. All, manufacturing, assembly and distribution occur at one facility to minimize carbon emission and the company uses minimalistic recycled shipping materials to reduce waste.

Officially founded in 2016 and headquartered in Higganum, Connecticut, Pakayak was born out of the desire for a packable performance kayak. The design uses a system of interconnecting sections, which allows for Pakayak’s full-scale kayaks to nest within themselves for effortless storage and travel when not in use. Pakayak hulls are constructed from high-grade resin, specifically formulated for the kayak industry and utilize a system of patented clamps and seals to create a watertight and rigid performance kayak.